Ladies Dance Season-2 Enrolment  Dear all respected Ladies, Namaste. After successful completion of our first season , here we come with the Season-2 so please secure your space now rather... 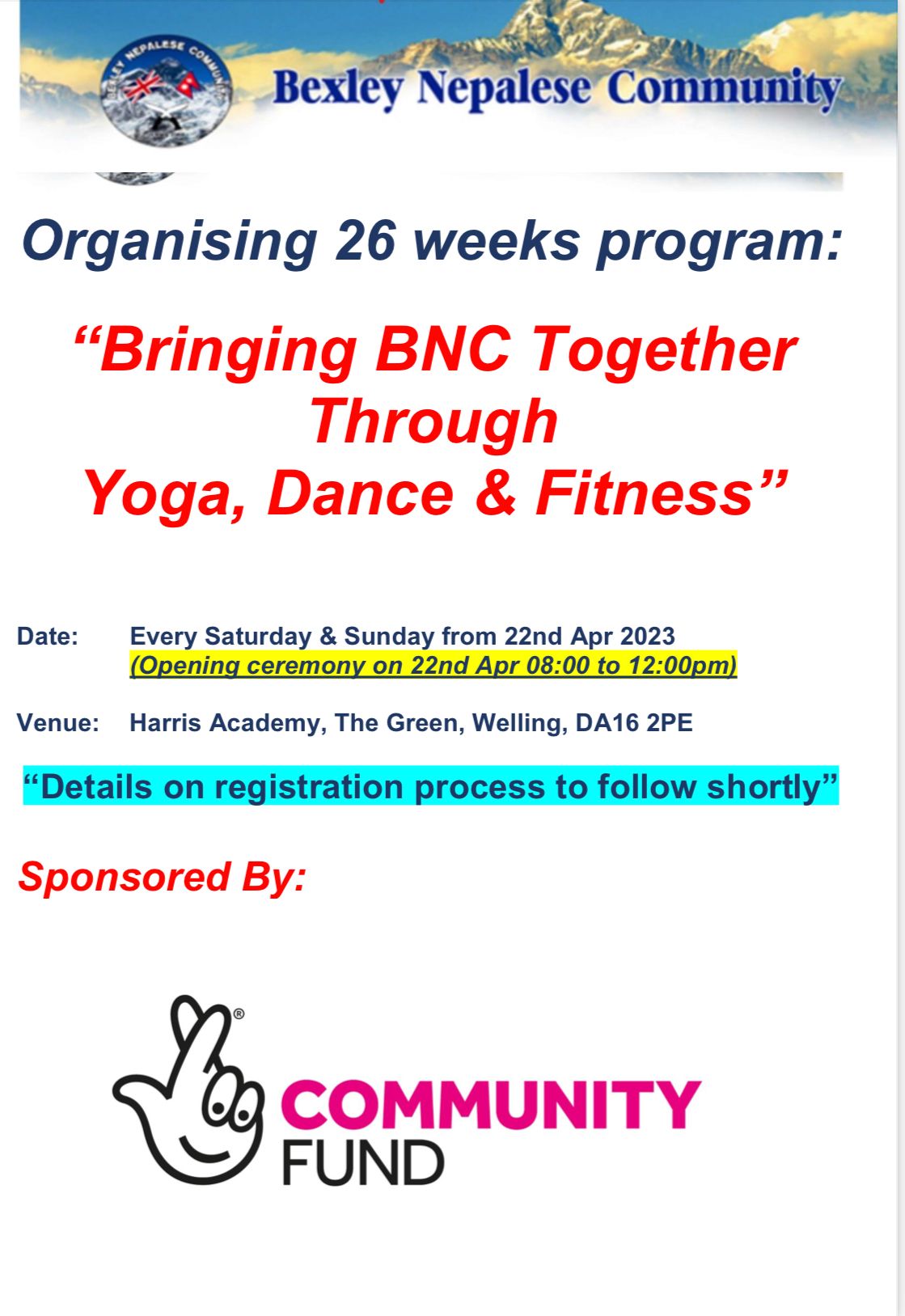 Bexley Nepalese Community (“the Charity”) is a charitable organisation established in 2008 and formally registered in March 2016 with the Company House as a company limited by guarantee.

The Charity is working on promotion of social inclusion for the public benefit for those in Nepalese community and Gurkha ex-servicemen and their dependents in the London Borough of Bexley who are socially excluded on the grounds of their social and economic position by the provision of basic English language, computer courses, advancement of education of the public in Gurkha and Nepalese culture, tradition and history by means as the trustees see fit.

For the purpose of this clause ‘socially excluded’ means being excluded from society, or part of society, as a result of being a member of a socially and economically deprived community.

Organisation structure of the charity consists of board and elected executive committee. The Board is responsible for all major policy decisions and for approving strategy and objectives, meeting at least four times a year. During the year, it was decided to increase board of directors to eleven in order to represent the demography of the community alongside bringing various skillsets in the board.

Day to day operational activities of the Charity are delegated to the Executive Committee comprised of majority directly elected members of the Community.